If you’re a fellow 90s baby then you remember beanie baby collections, hoarding bonbon cosmetics and sketchers and jammin to Blink 182 nonstop. The 90’s were the golden age of counter culture and alt rock and pop in all forms. Everclear was the master of complaint rock and Boyz 2 Men were the kings of hip hop while Gwen Stefani and her stylish gang headed up the ska punk movement. Today’s music scene has evolved to include awesome artists that redefine their genres. But sometimes we just wanna go back to a simpler time and hear the sounds of our youth while we reminisce about a time before social media and smart phones, when catchy club music and crushed velvet reigned supreme. So if you’re looking for a fun way to relive those magic pre-Y2K moments, check out these bumpin 90’s nights around Austin.

Set on historic east 6th street, Blind Pig Pub is a long-standing watering hole and live music venue in the heart of downtown Austin. This decades old two-story tavern boasts the largest rooftop deck on east 6th – which is really saying something since prime space is hard to come by down there! Along with a bevy of delicious drinks including 16 local beers on tap, The Blind Pig hosts oodles of talent and fun ragers throughout the season. But one of their funkiest and most fun events are their 90’s dance parties, headed up by Austin’s own 90’s cover band Semi Charmed Life. Named after Third Eye Blind’s ubiquitous theme song of the 90’s, this rockin trio specializes in metal tributes to Metallica and Tool, Blink 182 favorites and wicked mellow sounds from Sublime. These off the hook parties take place on the massive rooftop of Blind Pig Pub and are known to get pretty lit!

Located on happening Red River st, Barbarella is known as one of downtown’s weirdest night clubs. Sharing a multi-level space with the swanky Swan Dive, this exciting after hours spot is notorious for hosting some off-the-wall, bring down the house parties including the colorful Tuezgayz drag shows and punk rock-centric Jimmy Eat Wednesdays. And if you’re looking for a nostalgic way to spend your Wednesday night, check out Barbarella’s popular Jumpin’ Jumpin’ 90’s/2000’s night. This no-cover, old school dance party happens every third Wednesday of the month and features the hottest hip hop, pop, dance and alternative hits from the 90’s and 2000’s. So in the words of Destiny’s Child: ladies leave your man at home…and all you fellas leave your girl with her friends, cuz it’s 11:30 and the club is Jumpin’ Jumpin’! 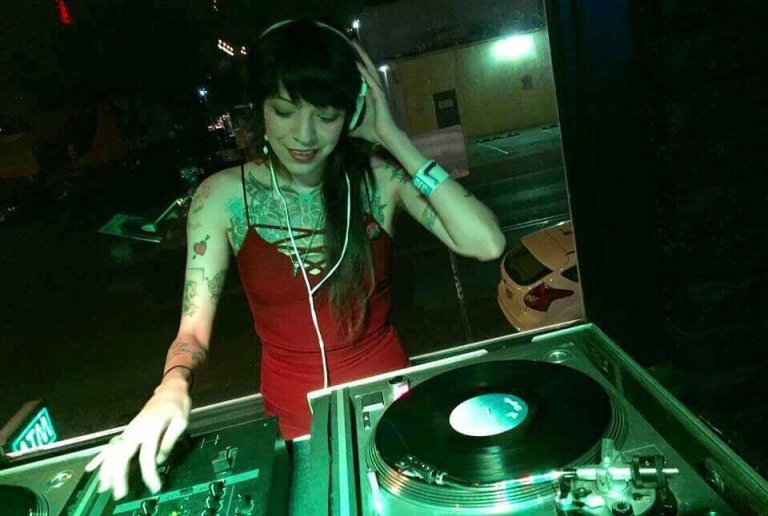 Another 90’s Party at The Brixton

Tucked in an unassuming building off east 6th street, The Brixton is one of Austin’s treasured dive bars that makes this city so wonderfully weird. Nothing about this bar is average, from the saucy cocktails to the outrageous happy hours. This laid back lounge even lets doggos inside to chill with their human pals. This bar is so iconically Austin and they embrace every bit of it in their all-inclusive, no holds barred philosophy. Locals can’t get enough of whacky Brixton Bingo night. And Totally Wired gets old school lit with all-vinyl sets by rotating local DJ’s. But one thing’s for sure, The Brixton loves any excuse to throw a 90’s party any time of year! That’s why once a month this bizarre bar throws “Another 90’s Party” featuring all the iconic boy bands, 90s divas, specialty drinks and memorabilia that defined our childhood. Each month’s throwback dance party is free to attend and surprises guests with a different theme, from A Very 90’s Halloween Dance Party to Mariah Carey Night and We’re n’Sync with your Heart. So slather on some glitter gloss and get ready because Backstreet’s back, alright!

We Love the 90’s at Jackalope

Known for their bodacious beer selection and bomb burgers, the Jackalope is an iconic dive bar with two locations in Austin. Here you can find fantastic craft cocktails like the Fuego Bandito with illegal mezcal and the Kentucky Corpse Reviver with makers mark, as well as a mouthwatering selection of bar bites, franks, sandwiches, and burgers that are consistently voted among the best in Austin like the Mac n’ Cheese Burger and the Bacon and Brie burger. While the original Jackalope in the historic district offers plenty of food, frivolity and fun events, if you want to dance your ass off to your favorite 90’s jams being played at full blast, head to the Jackalope south shore for their I Love the 90’s Party. This daytime dance party starts at 2PM with DJ Beatsmode spinning old school sounds from hip hop to pop while the kitchen dishes out breakfast tacos and the bar mixes up froses and mimosas. What better way to relive your childhood than with a refreshing drink in hand!

Modeled after romantic old world New Orleans, the Volstead Lounge is a trendy tavern off east 6th street. On the drink menu you can find everything from tall boys and rotating beers to seasonal craft cocktails and old world wines. This cozy but inviting space includes an intimate lounge and charming outdoor patio which can be booked for special events. Throughout the week, The Volstead hosts a variety of enticing events that range from ladies nights and trivia nights to Latin Pop dance nights and east side pop up nights. And since the city is positivity packed with millennials looking for a good time, The Volstead has incorporated Space Jam: 90’s Hip Hop nights and Teenage Dirtbag: 90’s Alt Rock nights. Both of these old school parties are filled with our favorite songs from the 90s and 2000’s. If you were more into the Beastie Boys, Salt n Pepa and the Wu Tang Clan, then you’re definitely gonna wanna hit up the Space Jam night! But if you consider yourself the anti-establishment, damn the man type then rock out to the sounds of adolescent rebellion at Teenage Dirtbag night! Either way you’re gonna have a ball!