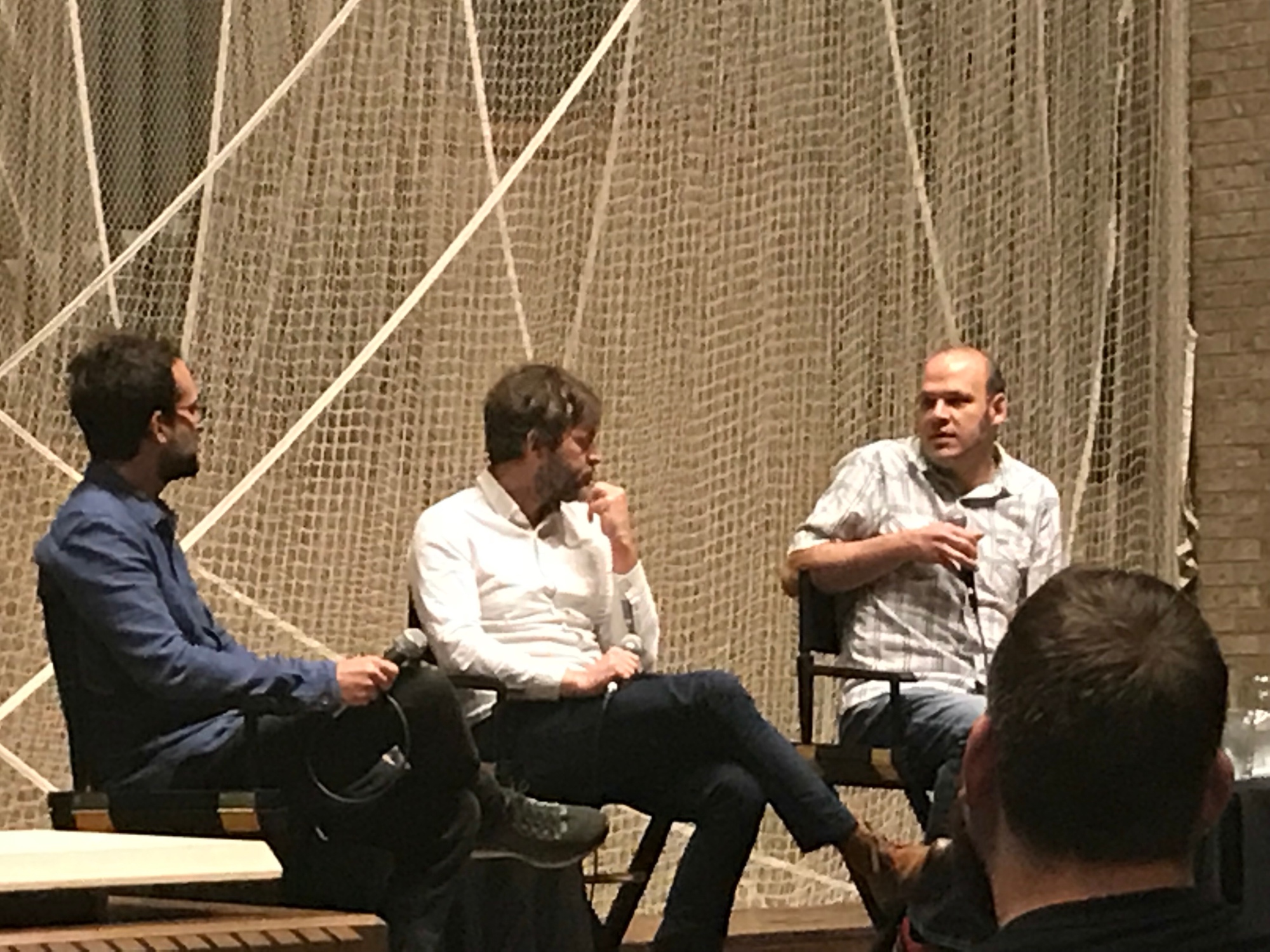 Witty, versatile and delightfully irreverent, creative collaborators Mark and Jay Duplass have been making movies together since childhood. Originally from Louisiana, the Austin natives and beloved indie film directors have recently turned their efforts toward promoting their newest creative collaboration: an autobiographical book titled Like Brothers. While touring, their recent travels brought them back to their roots in Austin, where they sat down with the Zellner Brothers to talk about their lifelong professional partnership, the trials and tribulations of working with your brother and the secrets to success that they’ve picked up along the way. 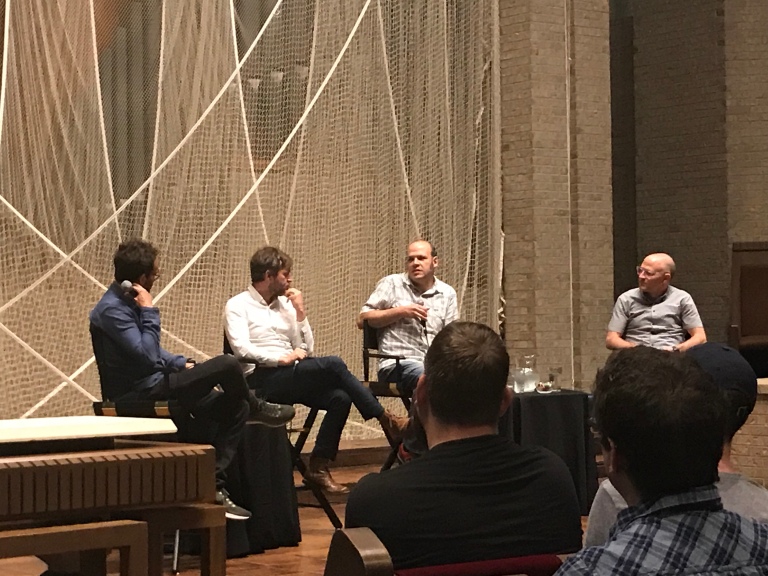 Hosted by The Rolling Roadshow, BookPeople and Alamo Drafthouse, An Evening with the Duplass Brothers gave readers a closer look at the lives and creative process of beloved indie directors Mark and Jay Duplass. The two brothers sat on the altar of the First Baptist Church in downtown Austin and casually discussed their early beginnings as directors and actors. Even Mark had to comment on the unconventional non-secular setting: “This is crazy…you all are sitting next to each other in a pew and stuff…” After the introductions where made, Mark and Jay began to open up about their lifelong creative partnership and what it has been like growing up with and working with your brother.

While most of their working relationship has been a success, the Brothers admit that they have had their challenges over the years. But they did find one particular formula for success as children and stuck with it. Since childhood, Jay has been the director and Mark has been the actor, “And we basically kept it the same for the next 22 years,” jokes Mark. From executive producing the provocative and cerebral Netflix documentary Wild Wild Country to their low-budget film Jeff, Who Lives at Home, the Duplass brothers have dabbled in dozens of indie films, comedy series and underground cult classics.

While Mark is known for his notable roles in the popular FX series, The League and in the cult indie classics Creep and Creep 2, he can also be found behind the camera, writing and directing with his brother Jay. One of their most recent directorial collaborations was on the HBO series, Togetherness. Unfortunately, the underrated comedy series co-created by Mark and Jay Duplass only lasted two short seasons. Mark and Jay discussed their time working on Togetherness and what they learned from the brief collaboration.

Taking a different direction after Togetherness, Mark and Jay wrote Like Brothers, an autobiographical compilation of essays that chronicle the personal lives and careers of the Duplass Brothers, from their failures to their successes. The book also talks about the many secrets of success that the two have picked up along their career, as well as the challenges they have faced and what they learned from them. With elements of comedy, self-help and pop-culture, Like Brothers is a clever, engaging and insightful look at the film industry and the lives of two brothers/filmmakers.

Whether you’re a cinephile or just looking for a fun read, you’ll find plenty of helpful tips, hilarious stories and even some serious low-budget filmmaking advice in Like Brothers. Guests of the Rolling Roadshow/Alamo Drafthouse event An Evening with the Duplass Brothers, received a free signed copy of the book, as well as a photo op with the directors after the discussion. If you didn’t get a chance to see the brilliant duo speak in Austin, There’s still plenty of clever and colorful indie comedy to expect from the Duplass brothers, but in the meantime you can get a dose of brotherly love and comedy from their book Like Brothers, available on Amazon and in bookstores.

2 thoughts on “Seemefeedmereadme Spends an Evening with the Duplass Brothers”