The much-anticipated SXSW festival is upon us, and that means 9 days of endless interacting, exploring, partying and discovering the next big thing! While we can expect to see some familiar and famous talent like Weezer, Hanson, Wiz Khalifa and Spoon, who got their start right here in Austin, there will also be a smorgasbord of talented new and trending artists that are on the brink of world stardom. So don’t miss your chance to catch a live performance from the next big names in music this year at SXSW! Here are 9 bands and musicians to watch out for at the music festival and where to find them:

South African quartet Diamond Thug has been touring South Africa, Germany, France and the Netherlands with their eclectic, genre-bending soundscape tunes and are now scheduled to perform for the first time ever in the U.S right here at SXSW! With hauntingly beautiful vocals by Chantel Van T, Diamond Thug creates a unique, ethereal sound for music lovers of all types. Last year saw the release of their 4 track debut EP titled “Monday Will Have to Wait” as well as a collaboration with south African dance music legends Goldfish. Their new album drops this year, with fresh tracks “Cosmic Dreamer” and “Days on End“.  Check out their latest music video, “Long Way”, here. 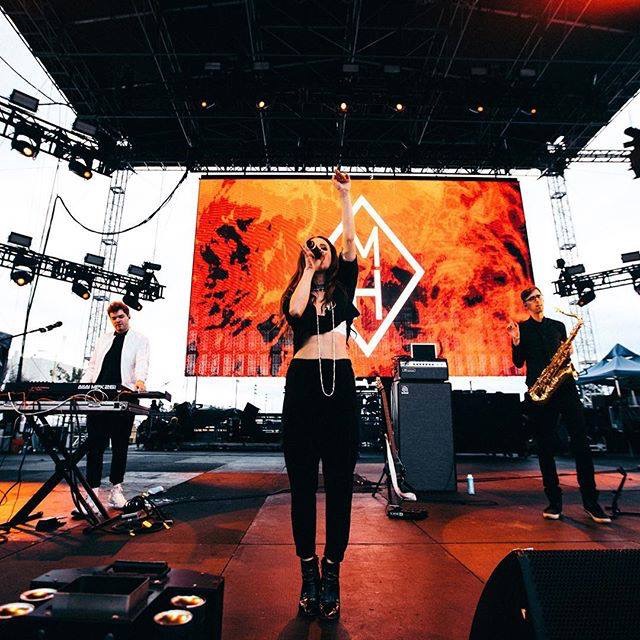 This Brooklyn-based electric pop duo, which includes Marian Hill and Jeremy Lloyd, has a funky, toe-tapping techno sound that transcends conventional music genres. Their recent single “Down“, which was used in the new Apple + AirPad ad, hit over $16,000 on iTunes and grabbed the #12 spot for bestselling track on Amazon – right alongside renowned rapper Drake! Jimmy Fallon also featured a live performance of “Down” during the tonight show. Their second single, titled “Back to Me“, features Jauregui of 5H and is out now.

Named an “Artist to Watch” by Baeble, this Philly-born singer/songwriter is spreading his positive message through alternative tunes that blend influences from Bob Dylan, Oasis and Beck. Mondo Cozmo‘s new EP single “Shine” is out now and has already hit #1 at Triple A radio and has been named one of the “Best songs of 2016” by NPR!  The new single “Hold On to Me” features a music video with Anna Faris, who, along with Chris Pratt, is best buds with Mondo Cozmo! How cool is that?! 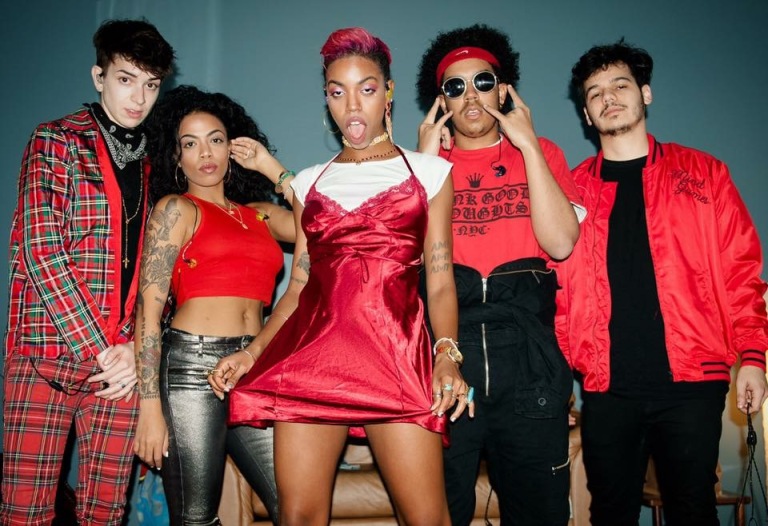 This Brooklyn-based group is made up of three siblings, Bay Li (lead vocals), Kaya Nico (vocals/bass) and Reef Cole (drums) as well as two close friends Daisy Spencer (guitar) and Russ Chell (guitar/synth). The Skins has a different sound that covers an entire spectrum of song styles, from funk and hip hop to pop, punk and even rock! How do they accomplish this? Their multi-generational band members, who all contribute a unique perspective and sound to this alternative group. The Skins have reached over 16K followers on Facebook and 2K subscribers on YouTube thanks to their inclusive, forward-thinking tunes. Their current singles “Bury Me” featuring D.R.A.M and “Runaway” are out now and topped Nylon magazine’s soundcheck chart for “The 18 Best Music Releases of The Week”, and their now single, “Still Sleep”, is out now.

Hip-Hop rising star Aminé was recently featured in Forbes’ “6 Hip Hop Artists to Look Out For in 2017”  and Complex’s “17 Artists to Watch in 2017”, and once you hear his one-of-a-kind sound, you’ll definitely agree! Amine’s latest single, “Caroline“, is rapidly rising in the Billboard and Spotify charts, reaching #7 on Spotify’s U.S. Top 50 Chart, #1 on Spotify’s Global Viral Top 50, #1 on the U.S. Viral Top 50 and #1 on the Canada Viral Top 50! Obviously the guy is going viral on a global level, and we have the opportunity to see the magic live this year at SXSW. Expect to see Amine’s new album late April/early May. Check out Aminé’s live performance on The Late Show starring Jimmy Fallon here.

The up and coming Irish duo Picture This has been gaining increasing musical recognition thanks to an adorable music video of their breakout single, “Take My Hand” which went absolutely crazy on the internet, accumulating over 2 million streams and over 2 million YouTube views, and introduced the group to the entire world! Their eponymous EP album Picture This hit #1 on iTunes in Ireland, while popular tracks “You and I” and “Let’s Be Young” further amplified their success. 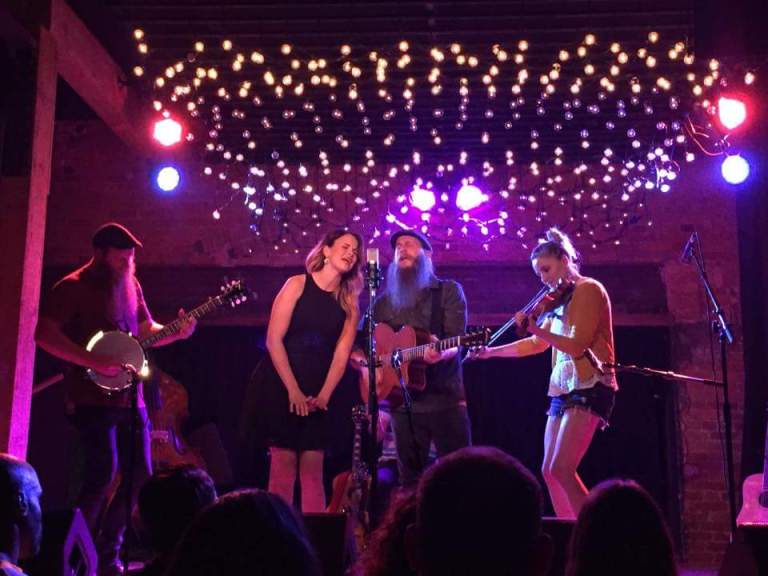 New techno/pop/funk duo Powers, comprised of Mike Del Rio and Crista Ru, has an upbeat, totally danceable sound that is reminiscent of La Roux and DJ Funk You Up. Their last year’s single, “Sunshine” reached over 12 million streams on Spotify and received praise from NYLON, Neon Gold and Noisey and their new hit single, “Dance” is following right in “Sunshine”‘s footsteps. Powers has amassed over 50 million streams on Spotify, topping their Viral Chart, and the duo received the coveted Emerging Artists Spotlight on iTunes. Powers is set to headline the NYLON MUSIC Tour this spring alongside Bridget Mendler, and their highly-anticipated debut album, Alpha, is set to release April 7, 2017.

This London Alt/Punk group, produced by legendary hip-hop icon Mike D of the Beastie Boys, has been making waves in London’s music scene since 2012. Slaves had been racking up musical accolades from publications, producers and taste makers alike for the past several years, earning props in the Mercury Music Prize and “Best New Band at both Q and NME. Their 2015 debut, “Are You Satisfied?“, snagged a top 10 UK debut and earned both Kerrang!’s “Spirit of Punk” award and NME’s Best Video award for their hit song “Consume or Be Consumed” ft. Mike D.

Attending both the music and film festivals for SXSW, The Grammy-nominated Avett Brothers have received high praise and acclaim from The Rolling Stones, Paste, People, The Current and more. This alternative rock folk group, made up of brothers Scott Avett and Seth Avett, along with Bob Crawford and Joe Kwon, has a story as sweet and deep as their soulful music. Which is why SXSW will be premiering their biographical documentary, “May It Last: A Portrait of the Avett Brothers”, during the SXSW film festival. Avett Brothers’ hit single, “Ain’t No Man“, reached over 2.7 million streams and their new album, “True Sadness“, dominated multiple charts including #1 on Billboard’s Top Albums Chart, #1 Top Rock Albums Chart, #1 on the Digital Albums Chart and #1 on Billboard’s Top 200 Chart! Their hit single. Watch The Avett Brother’s live performance on the Tonight Show Starring Jimmy Fallon here.