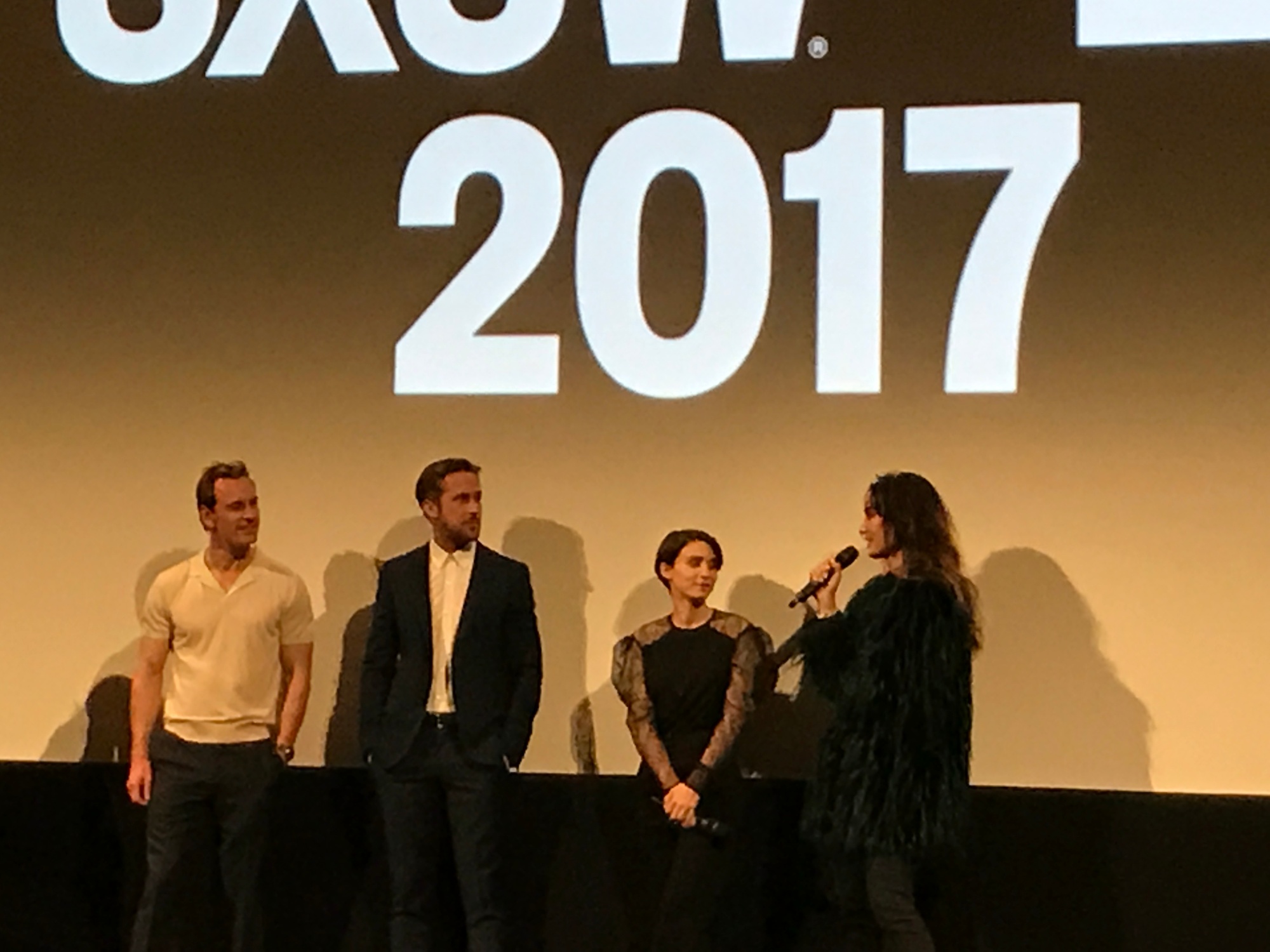 SXSW 2017 has officially kicked off in Austin and they’re definitely bringing their A-game this year! From free food and drinks and fun film panels to epic parties and surprise giveaways galore, SXSW is the place to be this week for some unforgettable experiences and unique opportunities. Here’s a recap of the top highlights of SXSW film and interactive festivals so far: 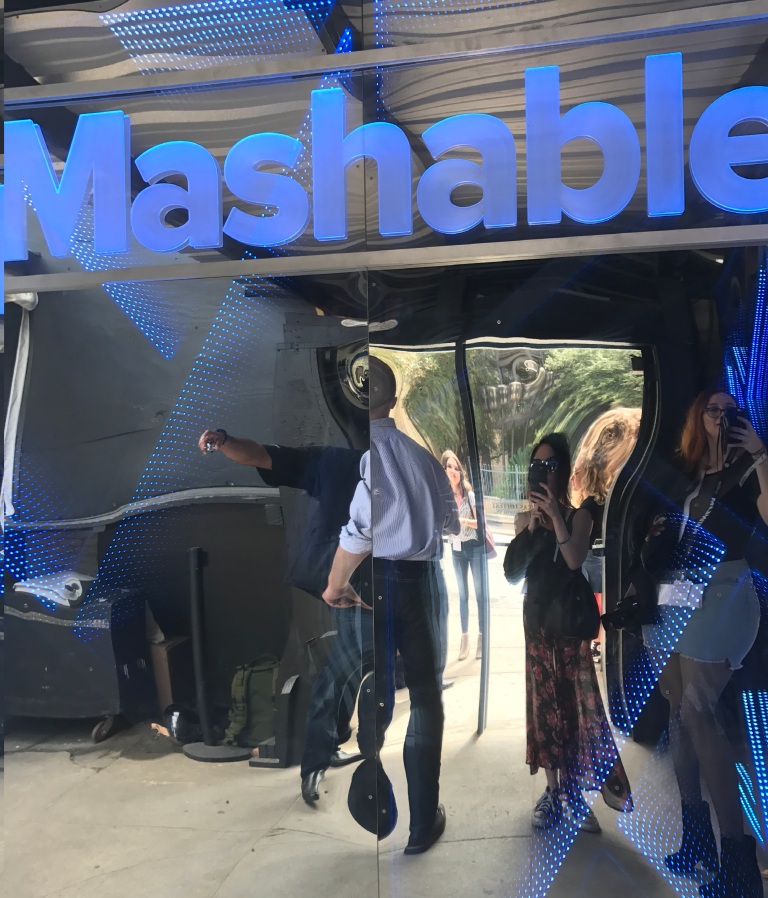 The Mashable House is an infamous and highly anticipated feature of SXSW interactive, and this year was no exception! This year, the Mashable House offered some neat interactive events during the day including acting like King Arthur and pulling the sword from the stone, donning a flower crown and posing Beyoncé-style for hilarious maternity pics, and maybe even catch a visit from Nick Offerman and Cookie Monster!

But the top Mashable moment had to be Mash Bash, which featured awesome DJs and appearances from Afrojack and Harmonix. Those lucky few badge holders who braved the MashBash line in the cold and rain were kindly rewarded once they made it inside the biggest interactive closing party of the year! 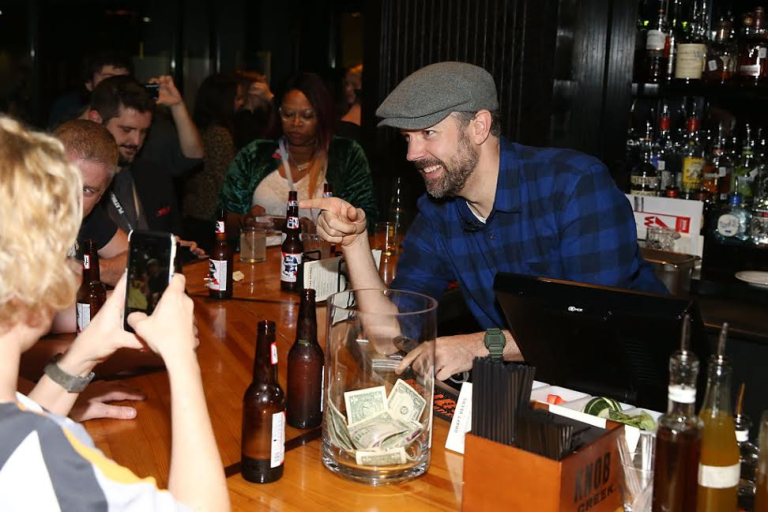 There were dozens of celebrities on the streets of Austin this weekend here to promote their new films and interact with all their doting fans. Nick Offerman was seen hanging out at the secret Mashable Lounge, Bill Nye dropped by the Fast Company Grill party and Jason Sudeikis was pouring drinks for fans at Alamo Drafthouse after the world premiere of his new film Colossal! Fans got a chance to talk and laugh with Sudeikis while they toasted his new movie.

One of the most highly-anticipated and exciting events at SXSW interactive was the chance to see former Vice President Joe Biden speak about cancer research and the Biden Cancer Moonshot Initiative.

Biden supporters were lined around the entire convention center the morning of his speech, and after hearing his passionate speech, it’s easy to see what we were all waiting for. Viewers got the chance to hear Joe Biden talk about his personal experience with cancer and deliver an inspirational and moving speech about how our generation has the technology and the talent to preventatively screen, vaccinate and fight against cancer. His emotion, empathy and passion emanated throughout the room as Biden spoke about losing his son, Bo, and about his unflagging hope for the future of America. Watch a video clip of the speech here. 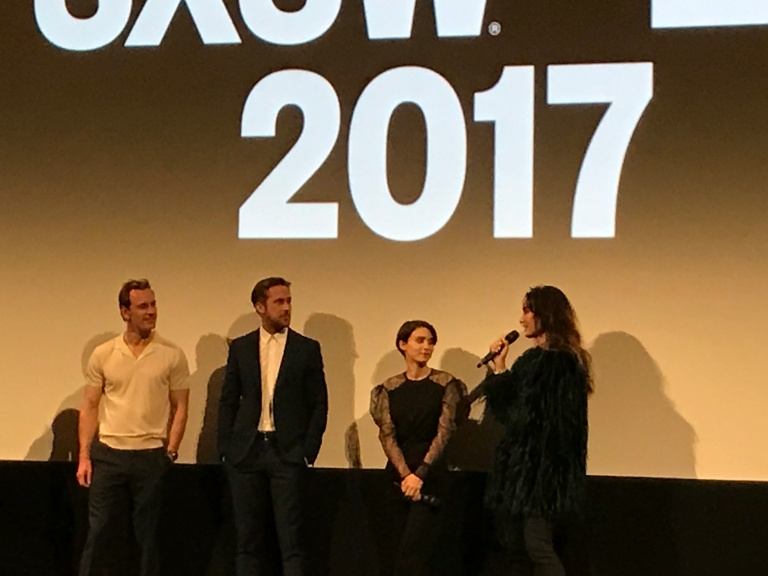 Ryan Gosling Attends the World Premiere of Song to Song

For many Austinites and film fans, the opening night of SXSW Film Festival was a truly once in a lifetime opportunity, because the opening night film, Song to Song, just so happened to be a movie about the Austin music scene, set in Austin! So folks were sure to line up early outside the Paramount Theatre for the chance to see stars Ryan Gosling, Michael Fassbender and Rooney Mara talk about the new Terrance Maleck flick and even sit in the same theatre with them!

The movie itself is very artsy and very Austin, with all the actors playing Austin musicians and producers. After the film, Gosling and Rooney Mara could be found at the Broad Green Pictures hosted Song to Song after party, circulating and mingling with fellow film makers and a few lucky fans.

SXSW interactive features an annual trade show for talented inventors, developers and innovators to showcase their idea/product/solution. And SXSW interactive badge-holders got the chance to wander from one booth to the next and check out all the neat offerings, including NASA technology, virtual reality videos, world cultures exhibits and a HOPE Outdoor Gallery exhibit that showcased the best of Austin’s local art scene.

For VR  fans, there was surreal Zero Gravity Mummy VR, and for multi-media art lovers, there were several unique and immersive art exhibits, including the Triph installation by Circus Family and Optic Obscura by Raum Industries.

Also in town to promote their new film, Joe Trugio and Jake Johnson stopped by the Nerdist Backyard Bash at Banger’s on Sunday for a quick interview. The actors were even caught off guard by the casual, backyard feel of the whole interview, and Jake Johnson wasn’t shy about interacting directly with audience members and festival goers.

Johnson was just as adorably affable in person as his characters, and Joe Truglio was equally as hilarious and personable. Their new comedy heist film, Win It All, made its World Premiere this weekend at the SXSW film festival. Watch a clip of the interview here.

Crispin Glover Makes an Appearance at the Twitter House

Everyone who’s anyone remembers the awesomely awkward George McFly from Back to the Future, but it’s completely surreal and totally affirming to meet him in person!

In Austin to promote the new Starz series American Gods, actors Crispin Glover and Orlando Jones were spotted at the Twitter house inside Lustre Pearl mingling with fellow filmmakers. Crispin Glover was everything you imagined he would be, tall and slender, alarmingly quiet and incredibly sweet.

Surfing in the Middle of Downtown Austin

SXSW Interactive always has plenty of fun exhibits and activities for festival goers and fans of all types. This year, some interactive booths included the Twitter House, YouTube Corner, British House, Gatorade House, Pinterest House and CNN Lounge, to name a few. Each exhibitor had something interesting and inclusive for guests and festival goers to enjoy. But the single most unique exhibit at SXSW Interactive had to be the Animal Kingdom, which featured free drinks, food trucks, ping pong and, best of all, a fake surfing ride where festival goers actually donned a wetsuit and caught a wave! Partnering with Vans, the Animal Kingdom also surprised several Tweeters with a free pair of custom Vans for using #AnimalKingdomSXSW!

Grumpy Cat on the Viceland Bus

A few lucky SXSW interactive badgeholders, including myself, got to jump on the Viceland bus and take a selfie with Grumpy Cat herself! The bus also had Grumpy Cat iPad games while visitors waiting their turn to see her as well as free snacks and Grumpy Cat accessories galore! This little cat was in such high demand that people were lined along the bus in the cold rain just to catch a glimpse of that adorably downturned face, which, rumor has it, is worth several million dollars!

The opening weekend of SXSW film festival turned downtown Austin into a giant theme park, complete with costumes, actors and giant mechanical bulls! Festival goers wandering Rainey Street probably saw a group of solemn young women in red robes walking through the streets and whispering eerily to the crowd. This interactive display was in promotion of the new Hulu drama series, The Handmaids Tale, premiering exclusively on Hulu. Then in stark contrast to the creepy handmaids were random half-naked people in flesh suits running through the streets promoting the new Bravo comedy series Stripped!

Premiering his directorial debut at SXSW Film Festival, The Disaster Artist, James Franco attended the festivities here in Austin along with his co-stars and real-life buds Seth Rogen, Dave Franco, Nick Kroll and Jason Matzoukas, who were all seen at the Fast Company Grill Party Sunday night. Attendees also spotted Bill Nye the Science Guy mixing and mingling at the film party.